Before talking about the effects of opiates, you should carefully consider the “portrait” of this drug. Opium is a psychoactive substance, extracted from the heads of immature poppy. After cutting heads goes milk, which is subsequently dried in the sun.

Opium is the raw material for production of other narcotic drugs – morphine, heroin as well as the highly active medicines such as codeine. Opium consists of organic acids, proteins, carbohydrates, glucoproteins, more than 20 alkaloids, dyeing elements.

The path from the pleasant moments to addiction

The man, who firstly used this drug, experiences all the symptoms of poisoning: nausea, vomiting, dizziness. If a person continues to smoke opium, the impact of this activity leads to the development of reliance on drugs. Gradually pleasant sensations come; the addicted person gets a feeling of relaxation and total unity, high spirits. Unfortunately, all this goes on rather short period of time – just a few months.

Previous dose is not enough to achieve the former festive mood, so you must constantly increase it. Addicts, who are constantly smoking opium, do this not to have the high spirits. The main purpose of their life becomes to prevent the development of withdrawal symptoms. Over time a physical dependence is formed.

I must say that smoking of drugs has weaker effect than when drugs are used in injections. This happens, because the part of the smoke goes into the air, not entering into the lungs. When you are smoking opium for a long time, the consequences of this – the loss of health.

A person, who has opium addiction, will have disturbed vision; his perception of the surrounding reality is changing. All this happens gradually. A drug taker is in a condition of close to sleep, but a person is unable to describe this dream.

Women’ menstrual cycle can stop. Smoking of this drug can lead to impotence and premature ejaculation.

Symptoms of poisoning by opium

These are intense itching of the skin, faints, excessive sleepiness, sudden contraction of the pupil (they do not exceed a pinhead). However, in case of development of abstinence, the addict’s pupils may be highly dilated.
A strong poisoning may lead to pulmonary edema, a drop in pressure, oppression of brain activity.

However, if you stop using opium, all symptoms are gradually disappearing. Former addict can bring his/her health back to normal, especially if it is a young man who has well-developed compensatory possibilities of an organism. 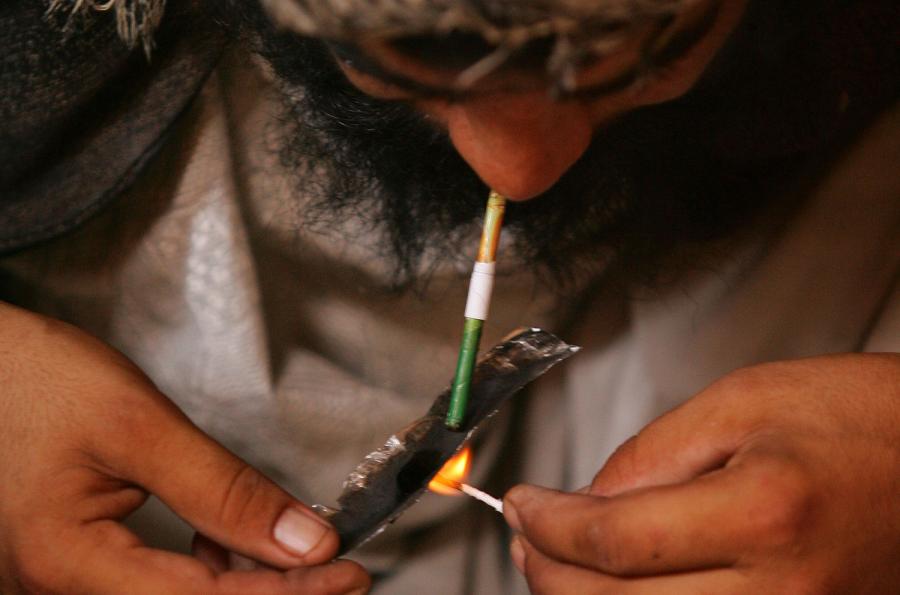 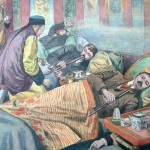 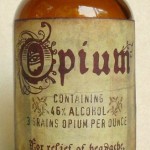 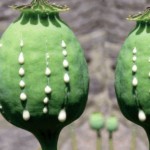 Raw opium oozing out of the poppy seed pods.