Ketamine, developed in 1962, was initially promoted as a fast acting general anesthetic.(1) A few years later, in 1970, the federal government approved ketamine for human use, and as a result it soon became popular as a battlefield anesthetic.(2) The first evidence of illicit abuse of the drug was on the West Coast.(3) Later, during the late 1970s and early 1980s abuse began to increase across the country, especially among certain sub-cultures (e.g., mind explorers and New Age spiritualists).(4) Around the same time, new forms of the drug were being introduced into the illegal drug markets including capsules, powder, crystals, tablets, and solutions, in addition to other injectable forms.(5) Starting in the mid-1980s another increase in the social-recreational use of ketamine was beginning to be linked to various dance cultures,(6) initially as an adulterant – an added ingredient that can alter the effects of the drug – of MDMA (ecstasy).(7) In fact there are reports that party/club goers in the United Kingdom first used ketamine when they ingested a pill they thought to be ecstasy. Today, there are still valid medicinal uses of ketamine for anesthetic reasons, though use is uncommon and tightly restricted. Illicit use today is also of great concern to many. Despite difficulty in determining its prevalence, use is higher today than it was when first introduced. Consequently, and perhaps in response to increases in recreational use, the federal government classified ketamine as a Schedule III controlled substance in August 1999, creating more stringent controls of the drug.(8) 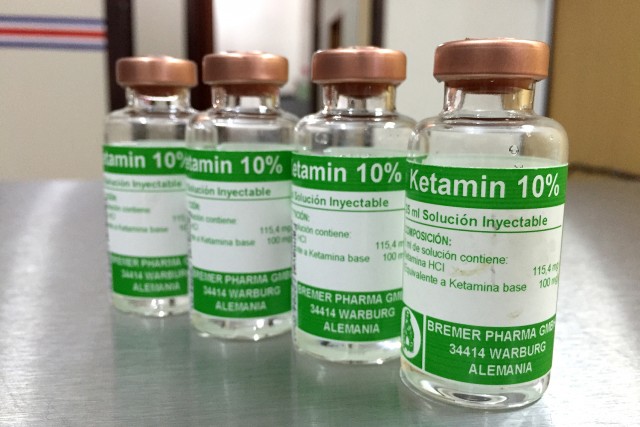 Ketamine. A synthetic compound used as an anesthetic and analgesic drug and also (illicitly) as a hallucinogen.

The use of opium drugs
The influence of addictive substances on brain
Opiates (agonists)
Drug photos. Heroin. Part 1.
Opium drug
Some of the Most Common Psychedelics