Morphine, which opened in 1803, in the XIX century was widespread as the anesthetic drug. Pretty soon the doctors, especially the military, faced with dependence on morphine in wounded soldiers, which they were treated. In the United States the era of the Civil War morphine was even called “soldier’s medicine.” In 1874, the famous British chemist Alder Wright received morphine production from new chemical waste – diacetylmorphine in order to help the sick, constantly using morphine as an analgesic drug, gradually grow out of it. But the discovery of Wright, as often happens, is not noticed. Only in 1898, the great German pharmacologist Henry Dreyzer synthesized the previously aspirin, rediscovered this link and noticed that the analgesic effect it is many times stronger than the morphine. Since then began to use heroin as a pain reliever medicine … and as a remedy for cough.

At the beginning of the XX century it was replaced by morphine. During the First World and the Civil War already it became known as “soldier’s medicine.” However, doctors soon began to realize that addiction to heroin is much worse addiction to morphine (heroin addiction is much stronger than morphine).

The first country to completely ban the use of heroin, were the United States. In 1914 there came the famous Harrison pact banning heroin. For the United States followed the European countries and Russia.

In Russia, heroin is prohibited by law since 1924. 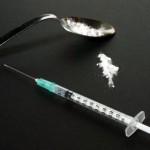 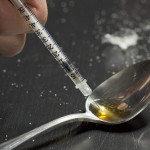 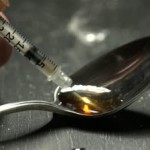 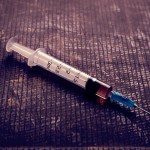 What is methamphetamine?
Marijuana: Physical Effects
Tolerance, dependence and abstinence syndrome after the ketamine use.
How does amphetamine?
Signs and symptoms of an overdosage narcotics
Drug photos. Heroin. Part 1.