In medicine, the main feature of heroin is considered to be its powerful analgesic effect. According to its analgesic action it is four times stronger than morphine. Strength of the medicinal substance called it the amount required to achieve the desired effect. Thus, if needed for pain relief 10 milligrams of morphine, heroin then require 2.5 milligram.

Feeling sought by addicts, for medicine – a side effect of heroin. This “side effect” is expressed in a good mood – euphoria, accompanied by a pleasant feeling of indifference to the environment, sleepiness, feeling of warmth, heaviness and relaxation in the body and limbs.

“Heroin – it’s warm, sweet heat that seemed to sprout from the inside of your body. At first it seems that you are pregnant with this heat, she seemed affectionate alien life, pick up under your skin. This “living heat” pours body weight, lose the desire to move, and indeed any desire to disappear. I want to lie down and listen to the warmth … ”

The famous American writer and a strange ’60s, William Burroughs has described this condition in his novel “Junkie”, which served as material for its own experience of receiving the drug:

“Heroin, first hitting the legs from behind, then just hit the back of the neck, the neck is unrolled from a wave of relaxation. It separates the muscle from the bone so that it seems as if you’re all spread out, sprawling in warm salt water. ”

Fast and strong, “heroic” effect of heroin on the nervous system (rapid onset – say drug users) due to the fact that it is lighter than most other drugs, including here and other opiates, penetrates the nervous system. The fact is that to protect the inside of the main body of the human body – the brain came up with the nature of a special barrier, which passes to the nerve cells, not every substance (in medicine, this form of protection of the brain called the blood-brain barrier). 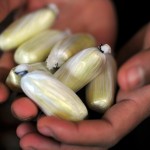 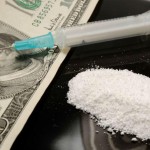 Heroin molecular structure allows it extremely easy to penetrate the blood-brain barrier and accumulate in the brain quickly. Once heroin enters the brain, it is a kind of “shell throws” and is transformed into morphine. It turns out that heroin is different from morphine only “transport envelope”, which allows him to instantly get into the nervous system, causing an excess of electromagnetic excitations.

A feature of heroin, as well as a number of other drugs, is that he seems to not cause a single disease, but results in a rapid depletion – the aging of the nervous system, followed by her and the entire organism.

The fact that certain portions of the molecules of heroin and morphine are very similar to natural substances fragments of molecules produced by the nervous system, the so-called endogenous morphines or endorphins. In the normal brain works such substances play the role of thin regulators emotional and intellectual property rights.

The drug contains, of course, much more matter-control than you need the nervous system to function properly. And the main thing – to get them out of the injection or snuff the body much easier than to synthesize itself. The use of heroin as it takes our brain to another, higher, not peculiar to his nature, “stress”. (As in modern transistor radios – have a rough manual setting on the wave, and have precise automatic adjustment under the transmitting station only in the nervous system plays a role of a transmitting station, a nerve cell.). 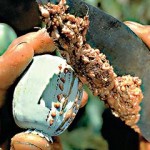 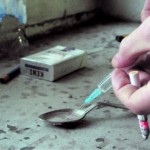 Such “outliers” endorphins occur at constant playing sports, in the moment of orgasm, when religious ecstasy, in the preparation of aesthetic pleasure: listening to your favorite music, reading a favorite book, and so on..

But it’s hard. To a healthy young man felt a sense of satisfaction, he must spend effort. This work is aimed at sports, knowledge, religious asceticism, even courting the beloved, always less pleasant than its fruits – the highest moment of pleasure. However, if we have not spend these efforts, the pleasure and likely will not be able to receive. The normal life of pleasure in direct proportion to the effort involved in achieving the goal. Drugs – a pleasure without effort, easily satisfied …

A normal person is difficult to understand, but remember this fact, it is useful to us in the future.

Heroin intoxication, “high”, is, in terms of the electromagnetic activity of the nervous system, a wild chaos of diverse strains in which senseless and incomprehensible body stimulation of all the activities of nerve cells replace systematic and meaningful for nerve “currents”. Such excessive global brain stimulation leads in the same way as in the handset, to “burn” nerve agents and premature death of nerve cells.

Naturally, the brain must be protected from such attacks. Towards the voltage rises protective wave of relaxation. This powerful wave of unnatural relaxation of the nervous system drug addicts and called “the arrival”.

Fighting random excitation and inhibition is actually protective stupor nervous system. She seemed to be turned off and no longer perceive and process signals from the outside world, closes on internal sensations. Patients say, “Dazed all spit … well vaasche at all.” 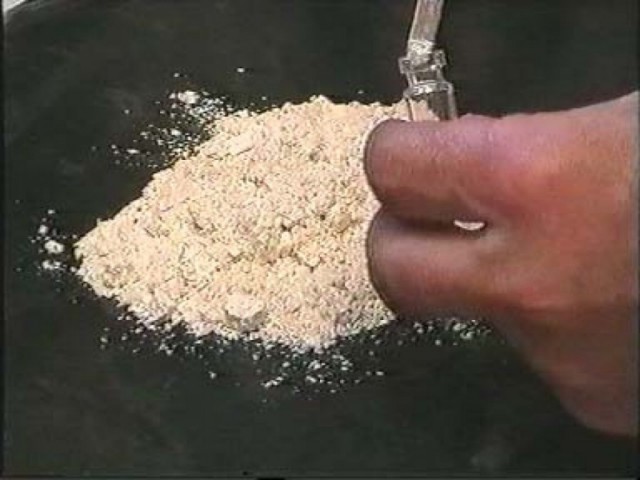 a lot of heroin on the table

It should be understood, and some other side effects of heroin on the body.

As quickly as the brain, heroin accumulates in other organs of the human body, causing their gradual poisoning. This poison has its own characteristic symptoms.

Man, for the first time or have recently heroin users often experience acute discomfort with vomiting and severe headache. Friends or distributors say that next time will be easier. However, this is not always the case and depends on individual tolerance.

Those who are using heroin only occasionally, often complain of diarrhea, stomach pain, minor muscle cramps and loss of appetite.

All addicts reduced immunity – they often suffer from colds and any other infectious diseases.

Daily use of heroin causes severe constipation and loss of appetite. Many addicts are suffering dystrophy, for two reasons. Firstly, they do not feel hunger. Secondly, what happens more often, the pain of constipation is so strong that they refuse to take food.

Absolutely typical sign of heroin intoxication – constricted pupils, the size of which does not change depending on the lighting.

Acceptance of any amount of heroin causes a decrease in body temperature, respiration, delay and disruption of heart rhythm.

Popular articles and pictures of the interior and exterior doors: grassfire.org

Best articles and photos of interior and exterior doors: All of about doors

Drug photos. Heroin. Part 1.
Ketamine - Methods of Use
Some of the Most Common Psychedelics
The history of heroin
Marijuana’s influence on a male body
Tolerance, dependence and abstinence syndrome after the ketamine use.