The opium poppy has had a long history. Our earliest knowledge of its cultivation dates back to the ancient Mesopotamian and Sumerian cultures, who passed it on to the Assyrians, Babylonians, and Egyptians. The Greeks introduced opium to Persia and India, where it was grown in mass quantities. In the eighteenth century, the British began exporting it to China, where they traded it for tea. Opium abuse reached epic proportions in China, where millions of people became addicted in the 1800’s. When the Chinese government tried to ban all opium imports in 1839, The First Opium War began, ending in the British taking Hong Kong. The Second Opium War of 1856 made opium imports into China legal again, still against the wishes of the Chinese government. Heroin was synthesized from morphine in 1874 by the pharmaceutical company Bayer and was touted as a safer, non-addictive form of morphine.(1) It became a widely used drug in cough medicines and a variety of other ailments. By the beginning of the twentieth century, heroin was understood to be highly addictive and in 1914 was banned as part of the Harrison Narcotics Act.(2) 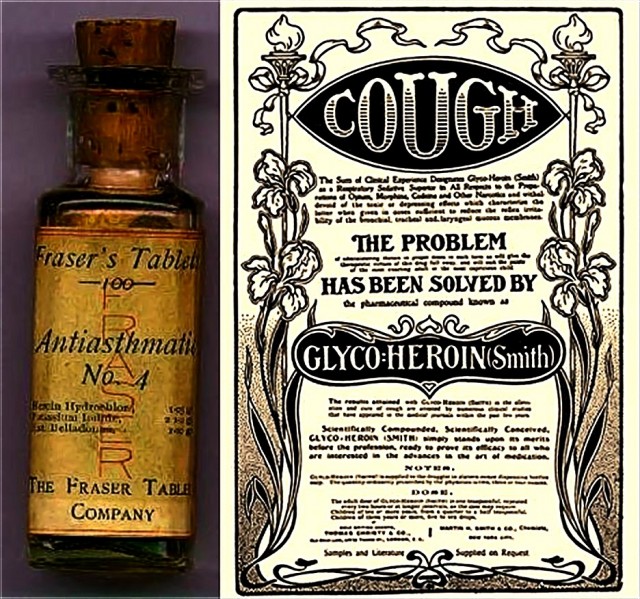 The history of heroin: how was created the most dangerous poison of modernity.

The history of heroin . Heroin is an opiate that was originally used as a cough medicine .